Brian Croft
Painting the History of Vancouver and British Columbia

Hello, and here is what's happening.

MY PASSION FOR HISTORY AND AVIATION

I'd like to mention I am writing a book about the early years of aviation in British Columbia.  This work has been ongoing for a few years now and I mention it in case any of you are interested in our aviation history. The book is entirely focused on events prior to 1931 which was the year that the city of Vancouver opened its second airport on Sea Island.  Feel free to contact me if you have any information or photgraphs that you think might be of interest; just click on the "CONTACT BRIAN" link on the far left of the screen.                                                  Brian

As president of the West Fine Art Show, I'm pleased to display our show schedule for 2020. I will be appearing in all three of these fabulous shows.

And Here is the next show that I will be exhibiting at.

PAST SHOWS, EXHIBITIONS AND SPEAKING APPEARANCES

PAST SHOWs AND EVENTS:

Sept, 2019  As the president of the West Fine Art Show Society, I am pleased to be able to tell you about our last show, staged at Glass House Estate Winery in south Langley. Our nineteen featured artists were amazing and busy with lots of visitors and brisk sales. Thats our show poster above; click on the poster to go to www.westart.ca for more details about 2020.

May, 2019 was our fifth year at Cloverdale Rodeo. With 19 featured artists in attendance over 4 days. Thousands of visitors kept us very busy and we thank you all for visiting; it was a great show.

March, 2019 was the second annual early spring show. This is a lovely show and well attended and already plans are in place to do it again in 2020. Many thanks to our partners and especaly the Langley School District Foundation.

Sept. 2018 show at Glass House Winery was simply fantastic and thanks to everyone who came out to see the 18 artists who exhibited!

May, 2018, I was at the West Fine Art Show in our fourth year at Cloverdale Rodeo and Country Fair. In the five days of the show our 18 artists hosted thousands of visitors.

March, 2018, I was at the West Fine Art Show at Yorkson Creek and we hosted 23 wonderful artists for that fabulous three-day show.

October 25, 2017,  I was guest speaker at Maple Ridge Historical Society on.  I presented a visual journey of my art work and demonstrated how my palet of colors evolved to include history and research.

September, 2017 I spoke at the Canadian Museum of Flight. The presentaion, "Pilot with a Paintbrush" colourized the past 20 years of painting and how history and art created a flight path that sent me writing about the history of aviaiton in British Columbia.

November 3, 2013 I was at Willowbrook Gallery in Willowbrook Mall, Langley. It was a very busy time signing prints and sharing historical memories.

October 26, 2013 I was at GS & Company Gallery in Semiahmoo Mall in Whiterock meeting folks and signing prints. Thanks to all of you who dropped by.

October 4 thru 17, 2013 I was "Artist in Residence" at the Four Seasons Hotel in Vancouver.  It was great to meet and speak with so many of you; thanks for being there.

July 11 - Sept 8, 2013  I was invited to exhibit 33 of my original paintings at The Reach Gallery Museum in Abbotsford.  Attendance at the Reach coincidentaly soared that summer.

Sept 5, 2013 I was guest speaker at the Reach Gallery Museum in Abbotsford talking about my artistic journey.

May 11, 2013  Speaking Engagement: I presented:  "History and Art, My Journey" Surrey Museum and Archives, Surrey, BC

September 7, 8, 9, 2012 The West Fine Art Show in south Surrey. This was my print launch for "Chinatown - 1960" with Red Robinson officiating. Please visit www.westart.ca for more information about our 2013 show in September.

The print launch and unveiling was held at the opening ceremony of The West is Best Fine Art Show; this annual three day show was hosted by Senator Gerry St. Germain at his ranch in Surrey, B.C.  Red Robinson was front and center at the show opening and gave the audience an enchanting account of his day on stage at the Capitol Theatre on Granville before unveiling the print. 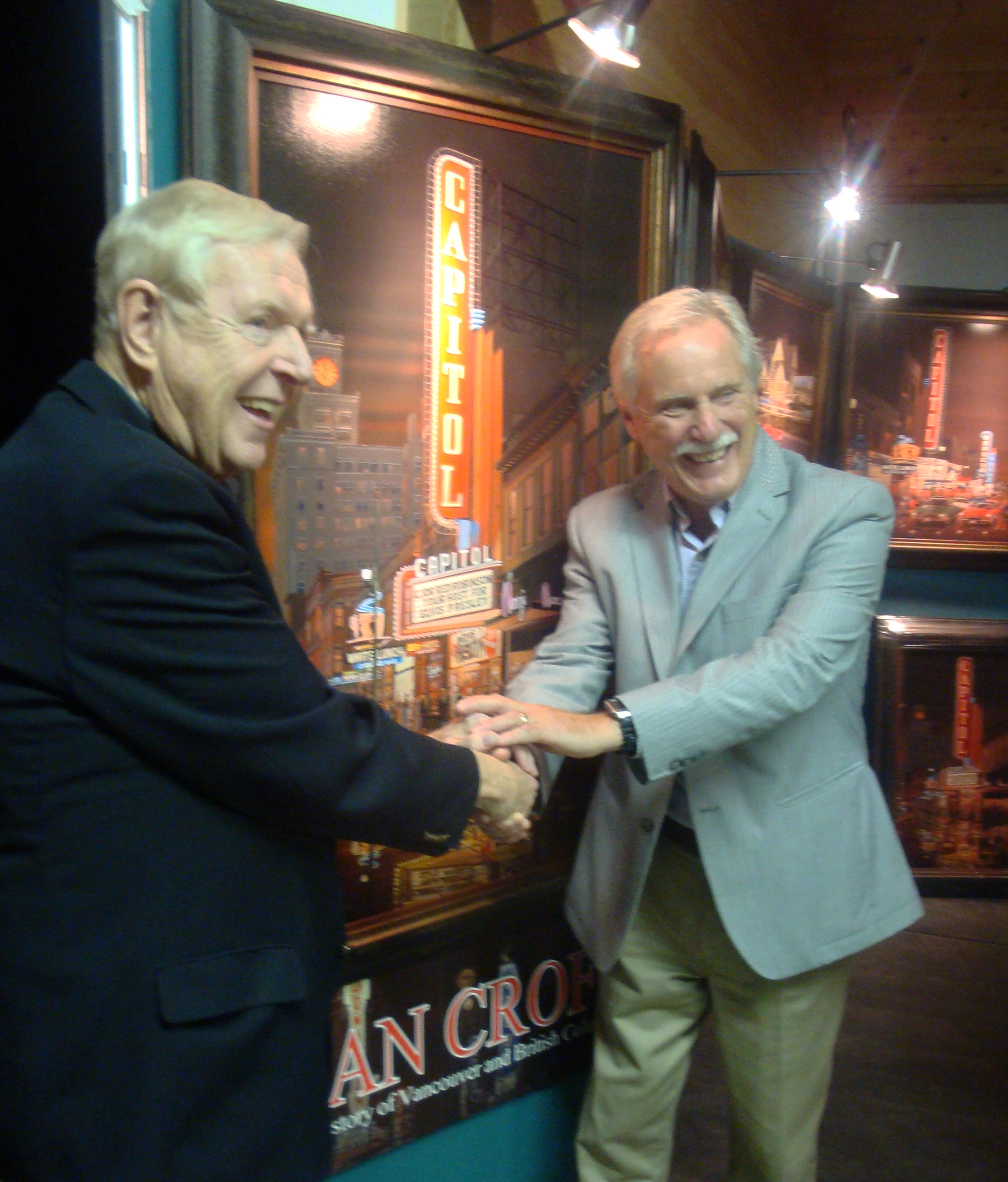 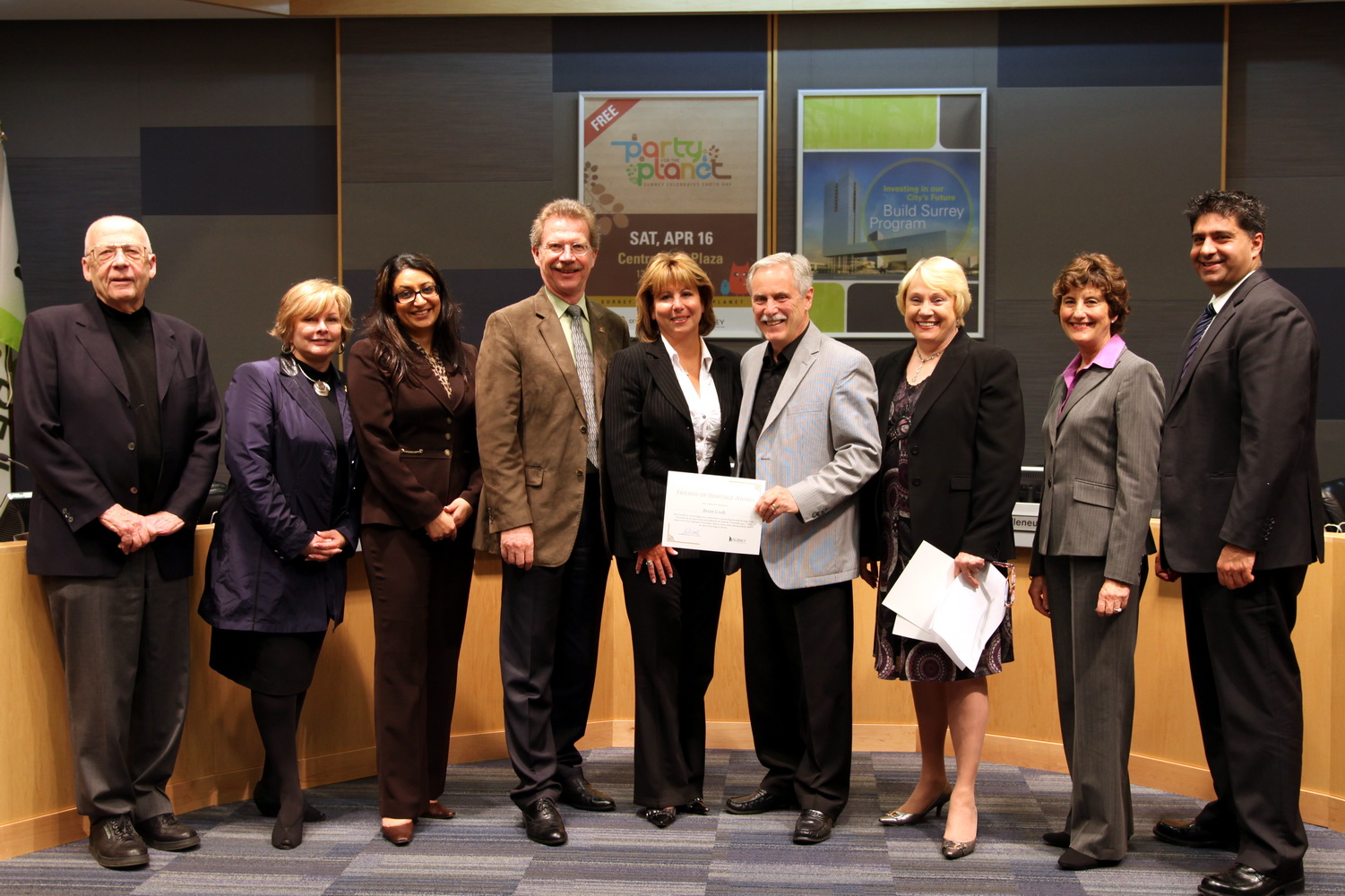