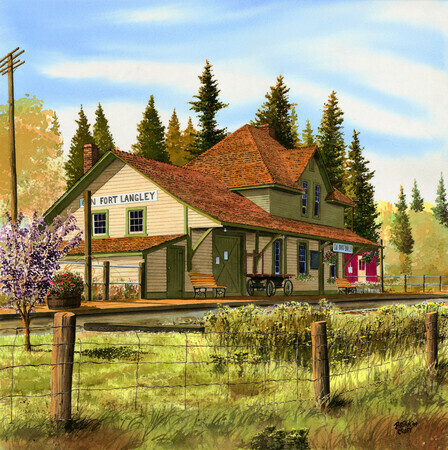 From a watercolour painting by Brian Croft

A proud but neglected relic of the grand days of rail and steam, the station faced an uncertain future. In 1983 the Langley Heritage Society mobilized and re-located the station to its current site. The station was then lovingly restored and has become a striking historical marker of our past, eventually being declared and protected as a municipal heritage site.

Today the station’s wooden platform hosts visitors instead of passengers. If you watch closely though you will note that some strange quirk of human nature causes everyone to occasionally and wistfully look far-off down the track for that first glimpse of smoke and steam rolling into view at “Fort Langley” Station.